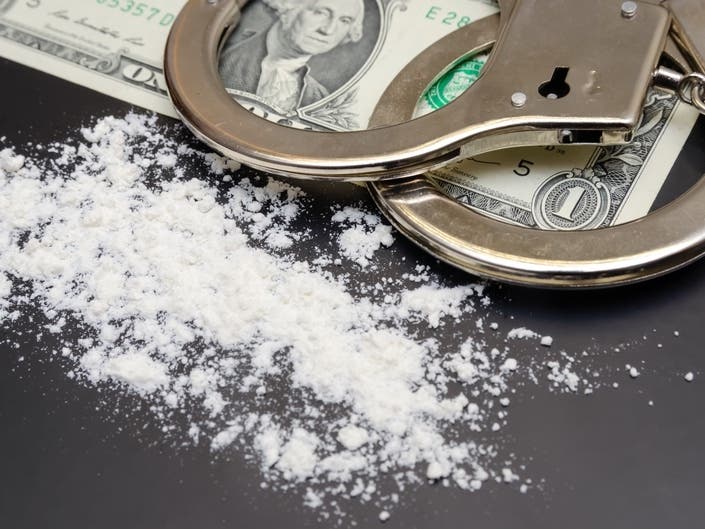 On March 7, Frabizio contacted an undercover detective using two cellphone numbers and sold over an eighth of an ounce of heroin and fentanyl along with a quantity of cocaine to the detective for $400. police said.

The next day, officers responded to the scene of a fatal overdose in West Babylon, police said. Frank Cairo was discovered by his girlfriend on his bed where he had attended a virtual Narcotics Anonymous meeting via Zoom, Tierney said.

Vito’s number was one of the same numbers the detective used to contact Frabizio, officials said.

During that purchase, the undercover officer observed additional amounts of what appeared to be narcotics inside a motel room, as well as a woman, Mangels, lying on the bed, said officials.

Police then issued a search warrant for the room and discovered over half an ounce of fentanyl, an amount of cocaine and two digital scales and also recovered $520 of the pre-registered shopping money in addition to $3,839 in cash from their shared motel room. , says Tierney.

Both Frabizio and Mangels were arrested and charged with multiple narcotics offenses, police said. None of those charges were eligible for bail, police said; Mangels was released on her own recognizance and placed on probation, Tierney said.

Frabizio was not arrested until March 16, as he was in hospital; he was released on his own recognizance with the condition that he be placed on probation, Tierney said.

At that time, Frabizio had not yet been charged with the two additional counts of felony sale of a controlled substance related to Cairo’s death and bail could not be requested because there was no evidence. ‘eligible offences,’ Tierney said.

The undercover agent communicated with Frabizio and Mangels via text message to make arrangements and this time the detective was directed to another location in West Babylon, Tierne said.

The duo then sold over an eighth of an ounce of fentanyl along with a quantity of cocaine to the detective in exchange for $600; they were arrested midway through the transaction and charged with a host of new narcotics-related criminal offences, Tierney said.

Police then raided their apartment in West Babylon and found over an eighth of an ounce of fentanyl, a plastic bag containing a quantity of cocaine, 29 round blue tablets which also tested positive for fentanyl , a cell phone that was later discovered to be the same phone number used to communicate with the undercover officer, a digital scale and a benefit card in the name of “Joan Mangels,” Tierney said.

An additional amount of cocaine was found in Frabizio’s possession, police said. Mangels and Frabizio were arraigned for the new offenses on March 26; the district attorney’s office requested $100,000 cash/$200,000 bail or $500,000 partially guaranteed bail for each, Tierney said.

Mangels was arraigned in the first indictment on March 29, police said, and bail was set at $25,000 cash/$50,000 or $250,000 bail, Tierney said. She had no previous felony convictions and was not charged with any sales from March 7 or March 9, including the sale that caused the death of another, police said.

Mangels is expected to be arraigned on the new indictment on April 20 and remains in custody pending arraignment, police said.

On March 31, Frabizio was arraigned for the first indictment before Judge Richard I. Horowitz at Good Samaritan Hospital for the events of March 7 and 9.

He was also arraigned Thursday before Judge Collins on the second indictment stemming from the alleged sale of narcotics after the March 25 release and was remanded in custody without bond, Tierney said.

Hydrant flushing will take place in parts of Newport, Middletown and Portsmouth