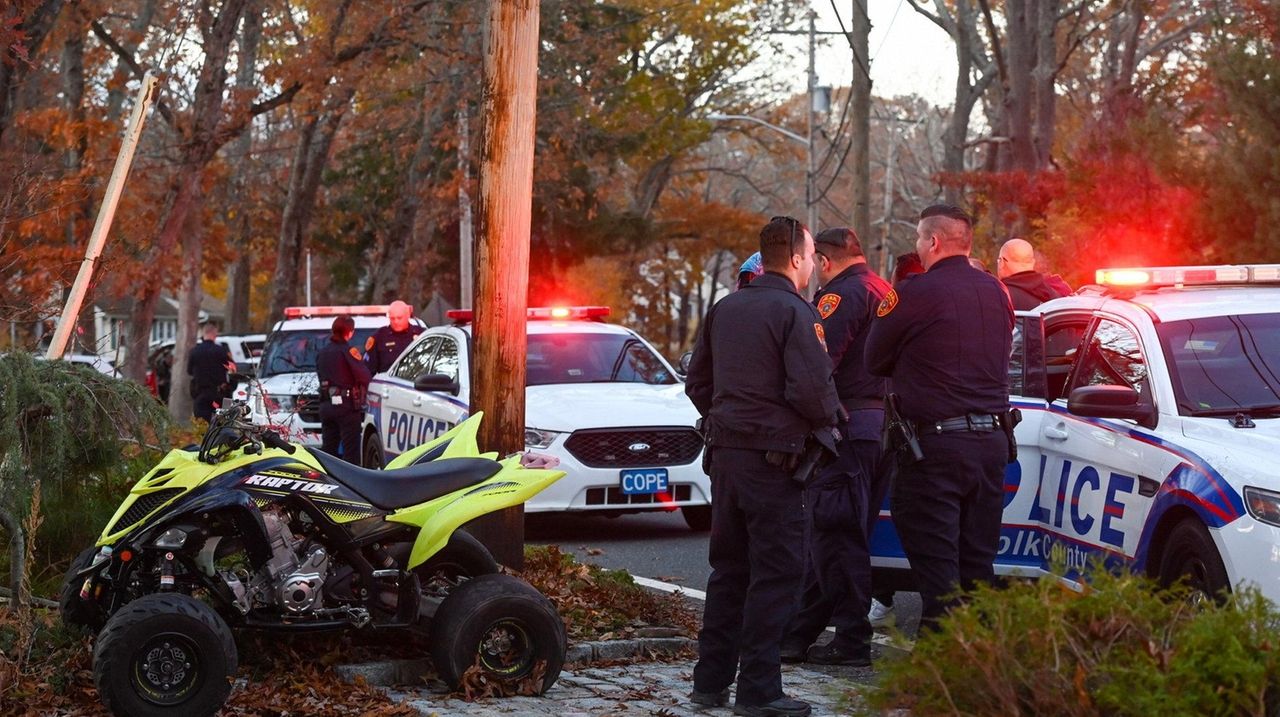 Three people among a large group of ATV and off-road motorcycle riders crossing Suffolk County were arrested on Sunday and charged with traffic offenses, authorities said.

He said officers were trying to bring the group together, but the runners were “extremely uncooperative.”

Devereaux said a 45-year-old man, whose quad slipped off the road, was arrested and charged with driving a quad on a public road along with numerous other vehicle and traffic offenses. He received an appearance ticket and released.

The first accident was reported at 3:59 p.m. on Ridge Road in Ridge when the ATV operator was involved in a single vehicle accident near the Whiskey Road intersection. The 15-year-old driver was taken to Peconic Bay Medical Center with non-life threatening injuries, Suffolk County Police said.

He was charged with reckless driving and released on a ticket to appear in Suffolk County Family Court at a later date.

The second crash was reported on Rocky Point Road in Rocky Point around 4:05 pm, when the operator of an ATV “lost control and became disabled”, Suffolk police said. No injuries were reported.

Dominic Avarello, 20, of Massapequa, was charged with reckless driving and released on a ticket to appear in Central Islip Magistrates’ Court at a later date.

All three ATVs were impounded.

Darwin Yanes, reporter for Newsday since 2021, covers the town of North Hempstead.