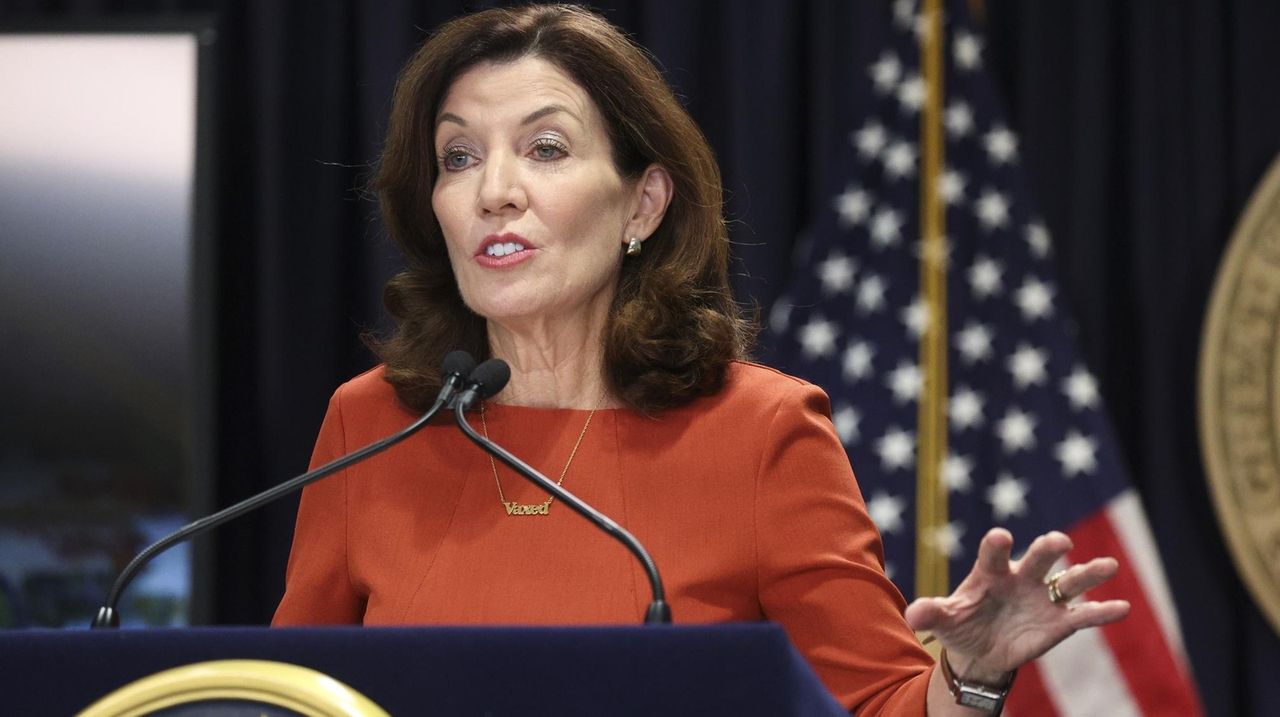 Governor Kathy Hochul has enacted a bill that will allow a new real estate sales tax to fund affordable housing programs in the five cities of the East End.

Voters in the five East End towns – East Hampton, Shelter Island, Southampton, Southold and Riverhead – will still need to approve voting measures to enact the tax for their towns.

Variants of the bill have been proposed since 2003, but the initiative only gained momentum when Democrats took power in the Senate in 2019, Thiele said. A similar bill was passed by both houses in 2019, but former Gov. Andrew M. Cuomo vetoed it, which cited its impact on taxes. Hochul signed the bill on Friday.

â€œWe had made a lot of progress over the past two years,â€ Thiele said. “And this year all the stars lined up, so we’re pretty excited.”

A representative from the Hochul office could not immediately be reached for comment.

The legislation reflects and would complement the existing Community Preservation Fund, a 2% real estate transfer tax used for water quality and preservation initiatives. It also increases tax exemptions for those who buy in the lower end of the market, resulting in a net decrease in tax for some.

The new law requires each city to develop a community housing plan, essentially outlining the type of programs the money would fund. Thiele said city officials have expressed interest in plans to provide down payment assistance to first-time homebuyers, but may also fund new affordable housing developments and other programs. .

â€œThey have a very broad authority,â€ Thiele said. “The goal is not just to build new homes, but to make existing homes more affordable.”

Affordable housing has long been an issue in the East End, where many residents struggle to afford housing. The law notes that 40% of the East End’s housing stock is vacation rentals and officials say the housing boom caused by the pandemic has made the housing problem worse.

If the new tax had been enacted in 2020, it could have generated $ 30 million for housing, with the majority of new income coming from home sales of $ 2 million or more, Thiele said.

The state’s proposed legislation would also increase exemptions and reduce tax for all transfers under $ 1 million on South Fork and Shelter Island, and for those under $ 400,000 on North Fork, Thiele said. .

Thiele noted that the bill enjoys broad local support, as evidenced by a letter recently sent to the governor in support of the bill signed by more than 30 elected officials and community and advocacy groups.

“The lack of affordable housing options in sufficient numbers is a significant problem in our region and has had a negative impact on the ability of East End businesses to attract and retain workers,” said the president of the Long Island Association, Matthew Cohen, in separate letter to Hochul. “This legislation could translate into more housing options for residents, help businesses meet their hiring challenges and could also alleviate the problem of illegal housing.”

Vera Chinese joined Newsday in 2017 and covers the cities of Southampton, East Hampton and Shelter Island. Originally from Long Island, she reported on East End issues for 10 years.

Teenager killed by fumes from faulty radiator in vacation home

Scallops continue to die off in Long Island’s Peconic Bay, harming the local…