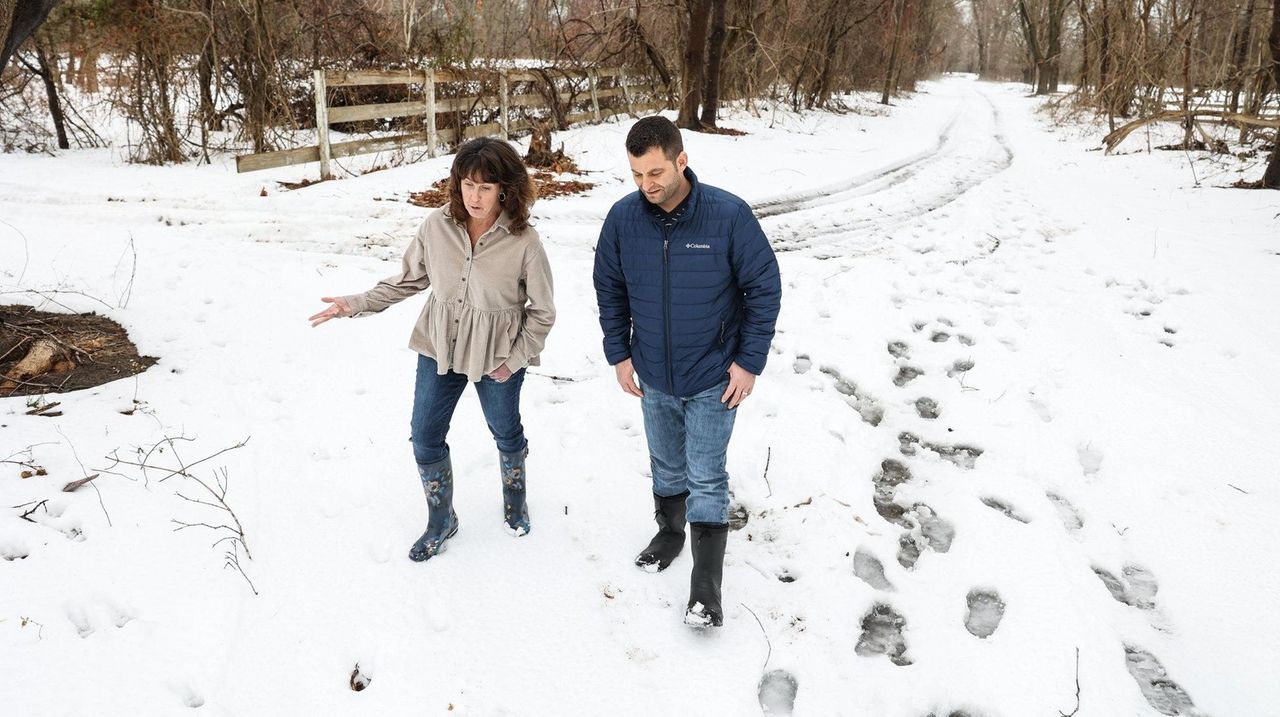 The recent $11.5 million acquisition of a 100-acre former duck farm in Aquebogue, long sought after for conservation, is a crucial link in efforts to build resilience to climate change and protect the quality of water and wildlife, local officials and environmental groups said.

Attempts to buy Broad Cove, which sits on the Flanders Bay seafront, date back to the 1960s. The Peconic Land Trust recently announced that the non-profit organization had acquired the property, which was once home to the Celic Duck Farm.

John vH Halsey, president of the Southampton-based nonprofit, said New York State, Suffolk County and local environmental groups had made many efforts over time to acquire the land – one of the largest private properties near the Peconic Estuary. Ultimately, a 2020 land trust survey of landlords set the sale in motion.

Halsey said the owners, Walo LLC, were getting serious offers for the property when the nonprofit stepped in. The land trust had a short window of time to ask donors to help raise the funds.

“We had very little time, but it was one in a million properties,” Halsey said. “It’s so important to the Peconic Bay Estuary from a resilience perspective through the lens of climate change.”

The COVID-19 pandemic stalled all ownership negotiations, which may have given the nonprofit more time to secure funding, Halsey said. Thanks to private donors, the land trust eventually secured six lines of credit to close the deal and $500,000 for shipping, according to nonprofit project manager Julie Wesnofske.

The property will eventually be available for passive recreation, while providing climate change resilience, wildlife habitat and water quality protection in this area of ​​the estuary.

The biggest news, politics and crime stories from Suffolk County, delivered to your inbox every Friday at noon.

With the property zoned below the tourist/resort campus, developers considered it for construction. In 2016, a proposal from Red Cedar Meadows LLC was made to city officials for a 500-unit resort and spa on the site. The proposal ultimately failed.

Suffolk Legis. Al Krupski (D-Cutchogue) told Newsday he met with the owners during one of the county’s failed deal proposals. With the plot now protected, Krupski said he hoped it would be kept in its natural state with passive public access.

“It’s such an important package. There are so few left like this,” Krupski said. “And it ties into all the county park preserve land there and Indian Island County Park, making it a nice big preserve area there.”

Richard Amper, executive director of the Riverhead-based Long Island Pine Barrens Society, told Newsday that environmental groups had feared for many years that environmentally sensitive property would be developed, and he believed local authorities would not had not paid enough attention to its protection. in past years.

“We’ve long feared these lands will be lost to development, and now it looks like they’re right,” Amper said.

The New York State Department of Environmental Conservation has expressed interest in partnering with the Peconic Land Trust to protect the property, which includes 25 acres of tidal wetlands and 8,000 feet of shoreline on Terry Creek and Broad Cove in the Bay of Flanders, as well as upland woods and open fields. It is also home to otters and swans as well as prickly pears, according to land trust officials. A complete inventory of flora and fauna will be carried out once the management plan for the property has been completed.

Land Trust officials said acquiring the property will contribute to climate change resilience by providing several benefits, including undisturbed groundwater recharge that will benefit the Peconic Bay Estuary and the unique aquifer in the region; viable and sustainable ecosystems that will support a wide range of plant and animal species, and; provide additional area to the existing interconnected network of protected lands and waters to allow native plant life and animals to adapt.

Jean-Paul Salamanca covers the East End. It focuses on Riverhead, Southold and Greenport on the North Fork, as well as Hampton Bays, Westhampton Beach, Flanders, Riverside and Quogue on the South Fork.