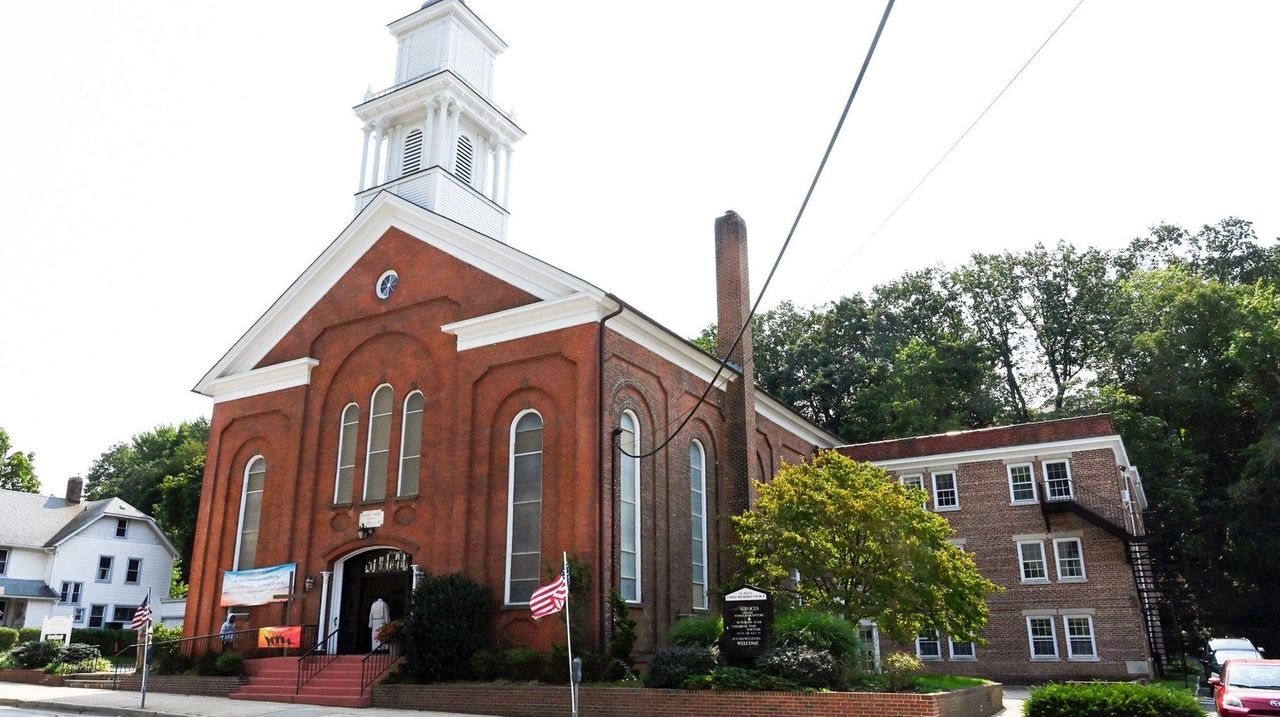 A Northport church that owes its roots to post-Revolutionary War circuit racers was Long Island’s only selection of 19 sites recommended for national and national monument status by the State Council for Historic Preservation, announced Governor Kathy Hochul last week.

St. Paul’s United Methodist Church, formerly a Methodist Episcopal Church, has been a part of the village for over 175 years. The Main Street building opened in 1873 to replace two earlier structures – one from 1834, the other whose construction began at the current location in 1852.

â€œNew York’s historic places are invaluable treasures that help us connect with our state’s past and rich heritage,â€ Hochul said in a statement. “These appointments reflect the fantastic breadth of the state’s history and the leading role New York has played in the events that helped shape our nation.”

“This church was there from the start,” Sohm said of St. Paul’s, “so it has always been a big part of the community.”

Church historian Al Vitters, 75, of Fort Salonga, a West Point graduate who grew up in the church and returned after a career in the United States Army, said: â€œMonument status is essential to conserve and preserve [the church] into the future as an important part of Northport’s history. We are pleased that the committee sees the merit. “

Riders of the equestrian circuit first propagated Methodism with tented worship meetings near Northport Harbor in 1803, which led to the formation of the then Methodist Episcopal Church and the Episcopal Church African Methodist (AME) in the village.

The first church opened in 1834 at Wood’s Corner, now Woodbine Avenue and Route 25A, and construction of a second structure began at 270 Main Street in 1852.

It includes Dr. Heyen’s house as a rectory – named after the doctor who once practiced there – and the belfry which houses a 1,228-pound bronze bell that rings in A flat and is engraved with the words “Make a Happy Noise”.

Master shipbuilder Jesse Carll, Oyster Baron Andrew Ackerley and his brother Nathaniel, who lost an arm in the Battle of Fort Wagner during the Civil War in Charleston Harbor, South Carolina, were worshipers, said Vitters.

Parishioners protested the invitation of Booker T. Washington, born a slave to become the most prominent black man of his time, to speak in St. Paul’s, but Vitters said the speech went so well. welcomed that Washington was then invited to return. Washington, who spent the summer in Fort Salonga, then lectured at the Tuskegee Institute – which he founded – in Alabama and dined at the White House at the invitation of President Theodore Roosevelt.

The church incorporates styles of the Late Victorian, Italianate, Romanesque, and Colonial Revival styles, depending on the historical application.

The church’s thrift store is in a Queen Anne-style wood-frame house built in 1889 and purchased by St. Paul’s in 1961.

Benjamin T. Robbins, originally from Maine, was the architect and builder of the church. He later founded the Northport Journal, and served as a fire marshal and school board chairman, according to a 2002 Newsday article.

John Valenti, a Newsday reporter since 1981, has been honored nationally by The Associated Press and the Society of the Silurians for investigative, corporate and breaking news reporting, as well as for columnist writing, and is the author of “Swee’pea,” a book about former New York basketball star Lloyd Daniels. Valenti is featured in the Emmy Award-winning ESPN 30 for 30 movie â€œBig Shotâ€.