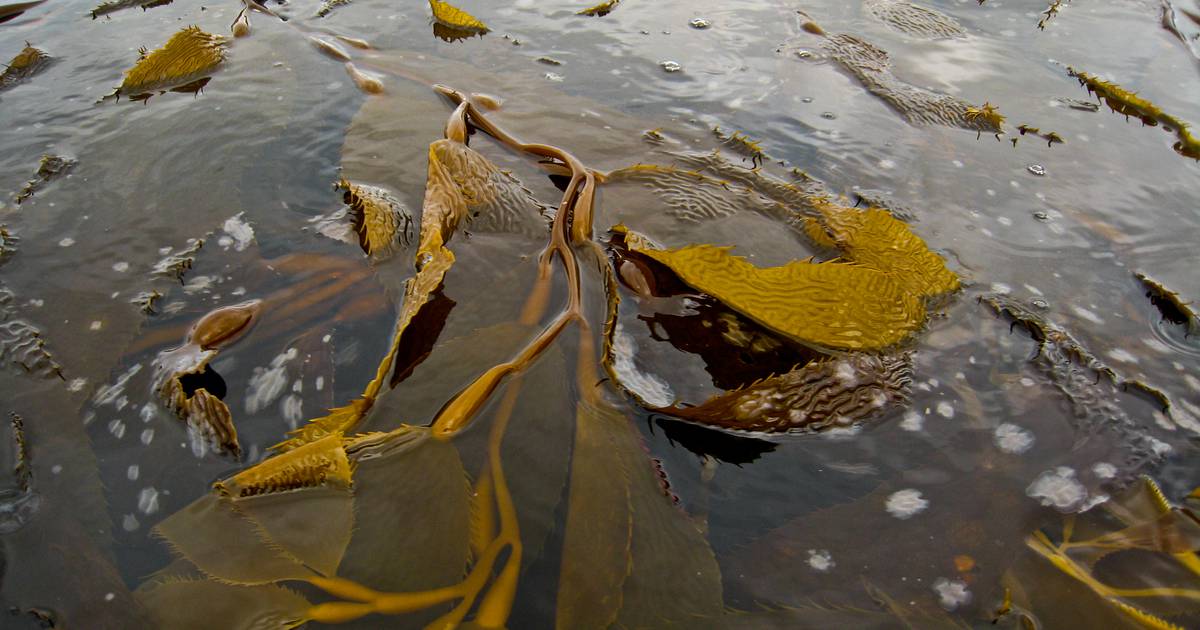 The United States grows less than one-hundredth of one percent of the $6 billion global seaweed market, but Alaska has the assets to become a major contributor.

A new report evaluates the pros and cons of six communities as locations for algae processing facilities to help interested companies operate in Alaska. It was compiled by McKinley Research Group for the Alaska Fisheries Development Foundation, which has played a pivotal role in keeping Alaskan algae in the resource development spotlight. Many believe the fledgling industry can hit $100 million in revenue in just over a decade.

The six communities studied were rated based on three categories: availability of seaweed supply, costs of doing business, and partnership opportunities.

So far, Kodiak leads all other regions in supply, energy costs, water and sewer costs, resident labor, property taxes and shipping, closely followed by Craig and Ketchikan in the Prince of Wales Island region.

Others include Valdez and Cordova in Prince William Sound and Unalaska in the Aleutian Islands region.

There are currently only eight active seaweed farms in Alaska; 16 are authorized but not active, and 23 are in the process of authorisation. Total production to date is 933,000 books with a value of $60,540 in 2019, the most recent year of data available.

The first crop of Alaskan sugar and ribbon kelp was harvested at Kodiak in 2018, and production since then has totaled 743,000 pounds. Kodiak now has four farms established and 11 licensed and/or proposed, totaling 573 acres. Almost all of the production was sold to the Californian company Blue Evolution, which produces frozen, dried and pureed products.

Kodiak also received a share of a $3.1 million grant from the Advanced Research Projects Agency–Energy to produce algae for biofuel.

The Prince of Wales Island region, home to 19 communities, produced the second-largest seaweed harvest in Alaska at 190,000 pounds. Two farms are active so far, with two more licensed and six under review, totaling 923 acres. More than three-quarters of the planned development comes from a single company: Markos Scheer’s Premium Aquatics, which sells seaweed for food products under the name Seagrove Kelp Co.

The Prince William Sound area has 11 seaweed farms currently in the licensing process, which comprise 307 acres.

Three proposed farms totaling 132 acres are in the Aleutian Islands region. A 102-acre farm was recently approved near Sand Point for Trident Seafoods. Another proposed farm is in Adak by British Columbia-based Golden Harvest Alaska.

In total, over 2,000 acres are included so far for seaweed cultivation in Alaska. The state Department of Natural Resources accepts new aquatic lease applications between January 1 and April 31 each year.

Greedy markets – The seaweed processing report follows one last August, also done by McKinley for the Alaska Department of Fish and Game, which highlights the wide range of markets.

More than 97% of seaweed is produced in Asia, where almost all is cultivated. Global agricultural production has grown at an average annual rate of 7% per year over the past 20 years.

Most seaweed currently produced in the United States is harvested from the wild. About 80% is Maine rockweed used for fertilizers and nutritional supplements.

Seaweed gels and thickeners are the largest category sold in international trade by value. These include alginates which already enjoy a well-developed global market with uses as food additives, textile dye thickeners and dental impression materials, among others. Worldwide alginate sales total over $345 million annually.

This category is followed by human food products and items such as fertilizers and animal feed.

Several species of seaweed grown in Alaska already have an established role in the cosmetics industry, “with current global market values ​​between $10 billion and $35 billion and an expected annual growth rate of 5% to 7% over the over the next five years,” the report said. .

Seaweed’s rapid growth rates and the fact that it requires no soil or fertilizer make it a promising tool for sequestering large amounts of carbon dioxide from the atmosphere. “Once carbon sequestration by seaweed farms is better quantified, it may be possible to sell farmed seaweed projects on the $277 billion carbon credit market. Algae’s climatic attributes may also increase its value as an ingredient in other products,” the market report adds.

In the short term, the path to Alaska’s industry will depend on a mix of public and private investment. “Growth may depend on investment from one or more innovative industrial manufacturers who can act as customers or ‘anchor’ partners and help scale demand,” the report said.

Infrastructure and logistics will be a big (and familiar) challenge for an algae industry in Alaska.

Both reports indicate that cost structures and remoteness from markets limit current opportunities, but can be offset by technological innovation, coordination between producers and other opportunities for cost sharing and pooling of resources. resources. They conclude, “The presence of community support and partnerships will likely be key to the success of future algae processing in Alaska.

Call for the crew – Calling for trainees who want to learn the fishing life firsthand.

This is the fifth year that the Alaska Longline Fishermen’s Association in Sitka has hosted the program, which so far has placed more than 100 apprentices aboard fishing vessels. The training is a way for ALFA to attract young entrants to the industry in Alaska, where the average age of anglers is over 50.

“We offer young people the opportunity to have a short or long term experience,” said Natalie Sattler, ALFA Director of Program and Communications. “Traditionally many of our apprentices or trainers are on longliners and trolls, but we offer shorter durations, perhaps on a gillnetter or purse seiner for a day or even a week. And we also had a couple of high school graduates who went out to bid for the season.

Eric Jordan has so far mentored over 50 young anglers aboard his rig, the I must, and believes the future depends on them learning the right ways to care for fish and fisheries.

“Finding a crew with some experience who loves Alaska fishing is so critical to the future of our individual businesses. One of the things this program provides is a taste of it,” Jordan said. sailors know they like it and skippers can recommend them for future employment.It’s a win-win for crew and skippers alike.

ALFA shared the crew training program with several organizations across Alaska and the United States and received funding to do so, said Linda Behnken, director of ALFA. These include the Edgerton Foundation, the City and Borough of Sitka, the Alaska Community Foundation, and the National Fish and Wildlife Foundation.

Apprentices are paid for their work. The minimum age is 18 and the deadline to apply is March 15. (www.alfafish.org)

Fish names needed – The next meeting of the Alaska Fisheries Council begins in a few weeks, but it’s unclear who will fill the seat of Indy Walton, who was nominated by Gov. Mike Dunleavy in September but resigned in December. By law, a new selection must be made within 30 days. The seven-member board will meet March 10-22 to discuss Southeast and Yakutat fish and shellfish proposals. Another person is needed for the Commercial Fisheries Entry Commission seat vacated by Dale Kelley on March 1. The CFEC is responsible for renewing licenses, managing transfers, collecting fishing data and arbitrating who can fish.

“The Governor’s office is still accepting nominations for both positions and a press release will be distributed once the selections are made,” spokesman Jeff Turner said.