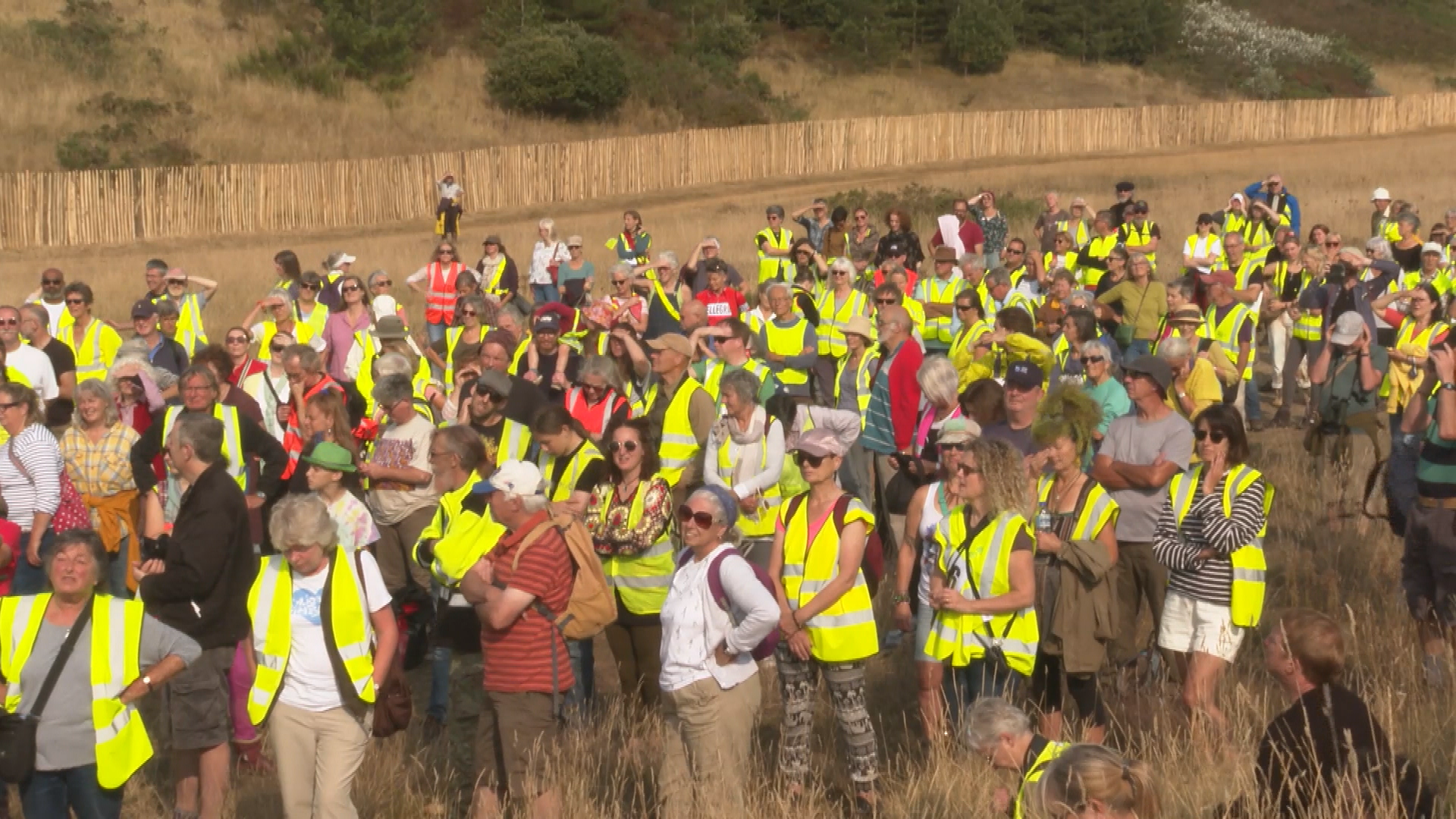 More than 500 people gathered at Sizewell on the Suffolk coast to highlight the impact a new nuclear power plant could have on the beach.

The turnout was double what the organizers expected.

Those against Sizewell C formed a human wall in front of the site along the line of proposed sea defenses.

They wanted to demonstrate how the beach they believed would be buried in rocky armor and lost forever.

The Stop Sizewell C group said it was the first time since the start of the pandemic that protesters were able to gather in large numbers.

It is absolutely fantastic to see so many here today. We are coming to the end of the planning survey. The Secretary of State is due to make a decision on the project by next spring, but the big question is who is going to pay for Sizewell C

EDF is proposing to build a twin nuclear reactor at a cost of Â£ 20 billion. As part of their plans, they say they are putting measures in place to mitigate the impact on wildlife, including recreating habitats like wetlands nearby.

Business leaders say the new power plant would be a huge boost to the local economy, creating tens of thousands of jobs.

EDF Energy says the new plant will also be important in the fight against climate change.

They say that by generating electricity from Sizewell C rather than burning fossil fuels, nine million tonnes of carbon will be prevented from being emitted into the atmosphere each year.

Union leaders call for end to uncertainty over Sizewell C

Over 100,000 sign petition on Sizewell C under construction near Minsmere

Hochul: Slight drop in the number of hospitalizations for coronavirus