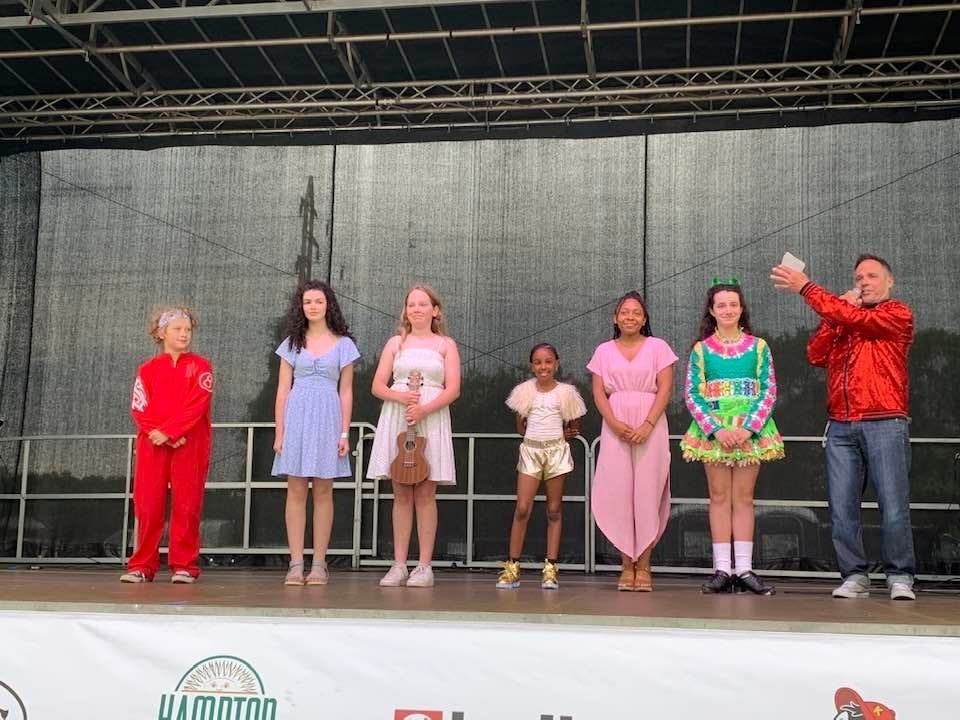 MATTITUCK, NY – A brand new talent show event was unveiled Thursday night at the Mattituck Lions Club’s 67th Annual Strawberry Festival and judging by the cheers and enthusiastic response, it’s sure to be back in coming years.

According to Rob Nine, former president of the Mattituck Lions Club, there was an open call for the talent show; all talents were welcome including singing, dancing, instrumental and acting.

There were two parts of the competition, one for under 16s and one for 16+.

“We had planned to do it in 2020, but had to cancel,” due to the pandemic, Nine said. “The club was looking for an event to bring more of a country fair feel to the festival and to get more community involvement.”

The children were the first, with competitors including Braedyn MacLeod from Jamesport, 12, who sang, Ash Javidi, 10, from Greenport, on guitar and drums; Jayda Hubbard, 14, of Greenport, with an a cappella performance by Adele; Aquebogue’s Payton Scudder with Irish Dancing; Julia DiGirolamo, 12, from Laurel, singing “Both Sides Now” by Joni Mitchell, and Karisma Grant, 7, from Greenport, with hip hop dancing.

Proud parents and grandparents, friends and neighbors filled the audience. Ash, said her grandmother Chris Javidi, practices about five hours a day; she bought him his first battery, to keep it at home, she said. “He’s awesome,” she said.

The judges took the time to talk to each contestant and ask them about their lives and dreams.

Karisma, who wowed the judges with her performance, continuing to dance hard even after a technical glitch caused the music to stop, won the top prize of $500. She won on her 8th birthday — surely a birthday she will never forget.

(Karisma Grant, 8, first place in the under-16 category)

Jada came in second, with a prize of $250; tied for third place were Julia and Ash.

The Peconic Landing Ukelele Club won the top prize of $500, donating half to the Peconic Landing Employee Appreciation Fund and the other half to Southold Town Community Action. In second place, Micky and Nate, and tied for third place, Mia and Nick.

Mike O’Donnell, the president of the festival this year, helped announce the awards. “Wasn’t that a great show?” He asked.

And, he added, “Everybody’s a winner here tonight.”

The show was hosted by Tom Ludlow and Andrew Damianos kicked off the event with an inspiring performance of “Proud to Be An American”.

To know the prices of the journeys, the reductions and the program of the animations, click on the Festival in brief link.

(Members of the Peconic Landing Ukelele Club enjoying the music and dancing during a break).

Get more local news straight to your inbox. Sign up for free newsletters and patch alerts.